Moving Countries For Your Career So The Latter Isn’t Foreign 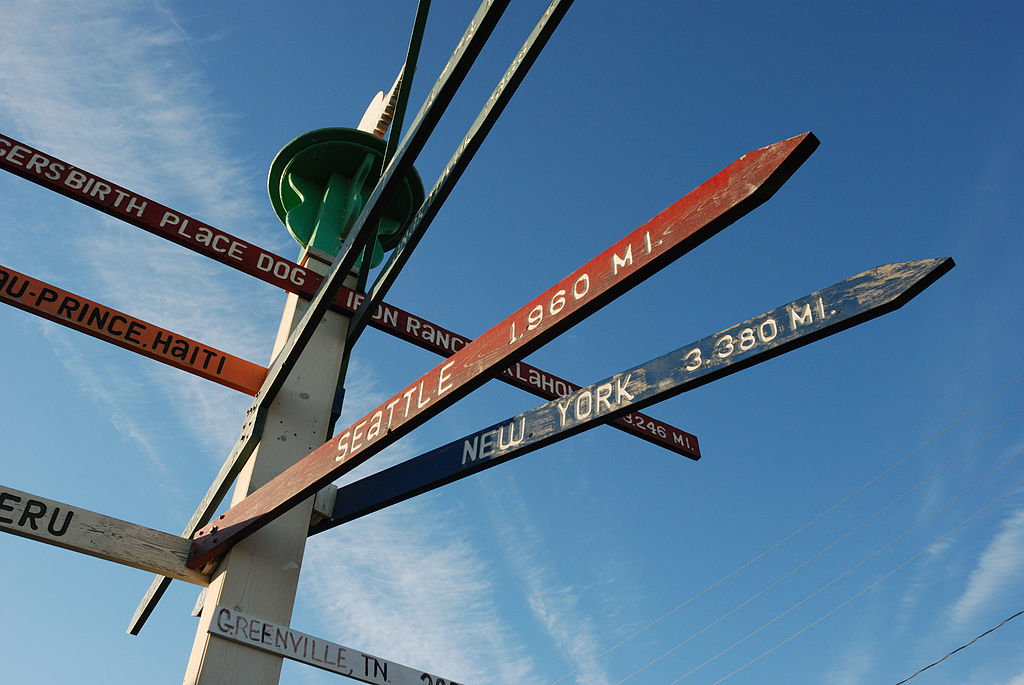 Building a prosperous and successful career is part of growing up and becoming an adult. Not only do you want to be able to afford nice things and provide for your family, but it’s nice to command respect and be appreciated by colleagues and peers. Everybody has the drive to be the best they can be, and sitting pretty at the top of the food chain is one of the main indicators you’re progressing well. So, it’s a blow when you realize the opportunities on offer aren’t up to scratch. Ever since the recession in 2008, the industry has been stagnating.

Rather than sitting around and waiting for a miracle to fall in their lap, proactive people decide to make their own luck by moving countries. The likes of Australia, the UAE and Singapore all offer a fantastic lifestyle while paying excellent wages too. And, there is scope for a promotion and to climb the corporate ladder.

Although it sounds like a no-brainer, the grass isn’t always greener on the other side at first glance. To ensure your career and life will get a boost after the move, you’ve got to think about the essentials. Here’s how to improve your job prospects without hating every minute of the experience.

Think About The Changes

Everything about the move could be foreign and that is going to be difficult to get used to at first. Of course, 99% of expats and immigrants assimilate after a settling in period, but there’s still the 1% that end up going back home. It happens because they didn’t think about the range of changes and how it would affect their lifestyle. The local language is one major consideration: do you speak the lingo? Even better, do they know enough English for you to get by in the beginning?

It’s incredible how not being able to talk to a person is a forlorn experience. As you can’t make friends and create a life like the previous one, you start to feel lonely and there is no feeling like it in the world. Learning a language is an obvious example, but there is also the weather to think about too. Some countries deal with 122°F heat in the summer, which is scorching. Anybody that can’t cope with weather like this needs to think twice before moving to Asia. The same goes for the humidity.

At the least, it’s wise to trade off the cons for the pros. If the money is too good to turn down, you might be able to get by for a year or two.

Pick A Place With Roots

Lots of Americans come from backgrounds which aren’t 100% United States of America. The country is built on immigration so you might be a 3rd generation Central American of East Asian. Cubans and Mexicans come across the border on a daily basis and the South Koreans made a beeline for the country after the Korean War. If you do have heritage around the world, then use it to your advantage.

For one thing, the country will be likely to accept you depending on your citizenship. Like the US, Australia grants passports to children of people who were born in the country. That means you can apply for a document and move without any obstacles in a matter of months. Secondly, it provides you with better opportunities for jobs and places to live. The new HDB BTO launches in Singapore require at least one citizen to be part of the application process to land an apartment. Thirdly, the culture won’t seem as foreign. You might speak the language, eat the food, and take trips to the country on a regular basis, and that will help during the settling in period.

People without roots should choose a nation with a culture they know they love. Think about the vacations you’ve been on and how much you enjoyed the lifestyle before making a decision.

Having friends isn’t only about avoiding loneliness; it’s a career booster. Without connections, it’s tough to ask for favors and get things done. This might sound like passing the buck, yet the truth is everyone needs acquaintances to watch their back and do them a solid. Otherwise, it’s like being a goldfish in a tank full of sharks and sharp teeth.

Meeting people through the job is one of the main ways to get to know the new community, which is why it’s wise to understand the office. If no one in the workspace speaks English, for example, then it isn’t going to be easy to bond. On top of that, there should be social events which bring everyone together. There is nothing like playing sports or going for after-work drinks with strangers to make connections.

Of course, you might already know people in the area, which is a huge plus. Already having friends out there means there’s no need to worry about being vulnerable. Still, don’t rely on one or two people because it’s always wise to have a backup plan. Get out there – in real life and remotely – and build a big, diverse social network. 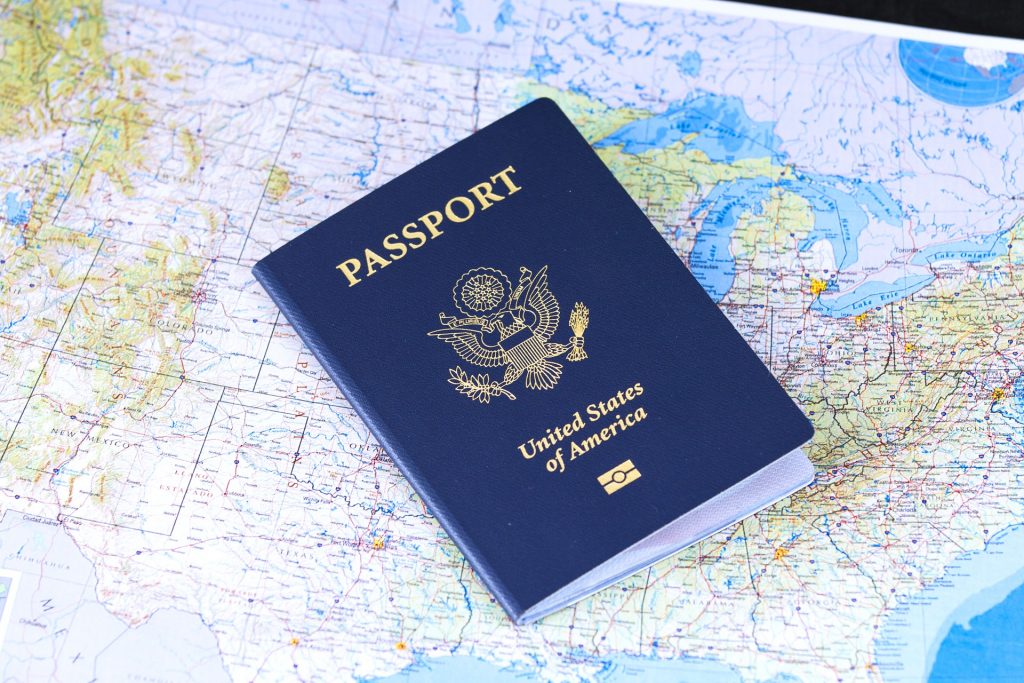 The chances are you’re moving to a fresh employer as well as a new country. Some businesses are big enough to offer transfers but usually movers have to quit and find a new place to work. Finding a company which will take you on is difficult in a foreign nation, which is why it’s tempting to accept an offer straight off the bat. However, it’s a bad decision because there is no way to tell whether the company is legitimate.

Plenty of people have been sold a bill of lies from the same sales rep and ended up in a worse position than before. Or, they’ve assumed the career prospects are solid or the wages are strong and realized they were wrong on arrival. By this time, it’s too late to turn back which is why researching a business is crucial. Don’t forget about the promotion opportunities, either. Remember that you’re not moving for the cash alone and need to be able to progress through the company.

For reputable firms, try and uncover more about their work ethic and how they treat employees. The last thing you want to do is churn out 100 hour weeks even if there is a chance to earn $250k a year and become a partner. A balance between work and life is important also.

Only two things are certain in life: death and taxes. Apparently, this is the same around the world as it is at home. What’s worse about paying tax when you relocate is the chance of contributing double. Yep, the taxmen in both countries will want a piece of the action depending on the agreements between the two nations. They’re called tax treaties and work bilaterally to appease either government.

Without one, there’s a chance you might pay an emergency rate which can be as high as 25%. That’s one-quarter of your wage wiped out before you get the chance to think about a rainy day fund and a pension. When all of the debts are taken away, some people are lucky to have 40% left for themselves. Tax can make a massive difference because it might not make a move viable if there isn’t a treaty in place. Checking out whether the nation is exempt or not is always worth knowing beforehand.

Under most agreements, there’s no need to be a citizen to be exempt from paying tax back home. Depending on the deal, you might only need to be a non-resident alien.

What About Your Family?

A new career is never going to go to plan if your partner and children are thousands of miles away. Jetting back to see them for a weekend is not an option when it takes 48 hours to fly there and back. Everybody is going to have to move, and that means they’ll need a visa too. Without a job offer for your spouse or partner, this might be tricky in certain countries. So, finding a role for the other half might be the key to flourishing in the workplace.

Regarding the kids, they’re going to need a place in a school. For obvious reasons, they will find it tough in the beginning so you can opt for an international establishment. That way, they won’t have to deal with a foreign language and will be able to make friends and assimilate. For long-term expats, you’ll have to consider the costs of schools and how much you can afford.

If the job is in a nearby nation, then commuting can be an option. Sometimes, it’s better not to uproot everybody for your sake. Think about how many times you can come back home in a month and whether it’s feasible. Don’t forget that they can make the trip, too. Also, factor in living alone and how that will make you feel.

The career might be yours but there are dozens of other people who will have a say, from your family to the taxman to an entrepreneur.

Bert Martinez
Bert Martinez is a Direct Response Marketing and Sales Jedi. He's worked with companies like Google and Chase, as well as over 1000 small businesses to solve their marketing challenges. Bert helps businesses uncover lost and hidden opportunities that could be worth millions. He's known for creating growth strategies for businesses in a single session.
Recent Posts
Categories
Recent Posts