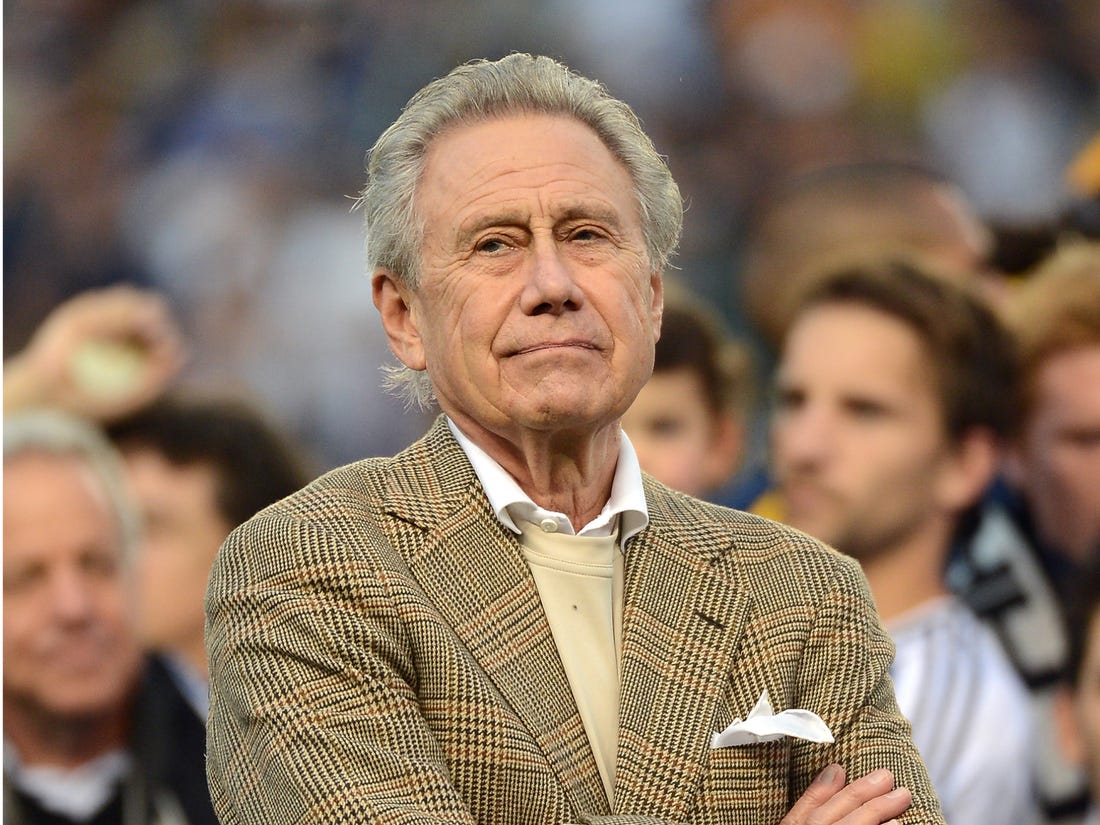 The wildly popular Coachella music festival has been postponed to October because of the coronavirus outbreak, Goldenvoice, the festival’s promoter, said in a statement emailed to Business Insider.

The festival, which typically takes places over two weekends in April in Indio, California, has been moved to October 9 to 11 and October 16 to 18.

Coachella is owned by an 80-year-old billionaire businessman who’s been called “the man who owns LA.” Despite living in Colorado, Philip Anschutz is deeply embedded in California’s largest city.

Through his company the Anschutz Corporation, and one of its subsidiaries, Anschutz Entertainment Group (AEG), the 80-year-old billionaire owns the Coachella Valley Music and Arts Festival, which drew more than 100,000 attendees per day in 2018.

AEG operates more than 90 clubs and theaters around the world and produces or supports more than 25 music festivals. Anschutz also owns the Los Angeles Kings hockey team and one-third of the Los Angeles Lakers basketball team, as well as both teams’ home arena: Staples Center.

The Colorado billionaire’s personal fortune is estimated at $11.7 billion, according to Forbes.

Anschutz’s company did not respond to Business Insider’s request for comment on his behalf for this story.

Take a look at how the billionaire makes and spends his fortune.

Philip Anschutz is an American businessman who’s worth an estimated $11.7 billion, according to Forbes. 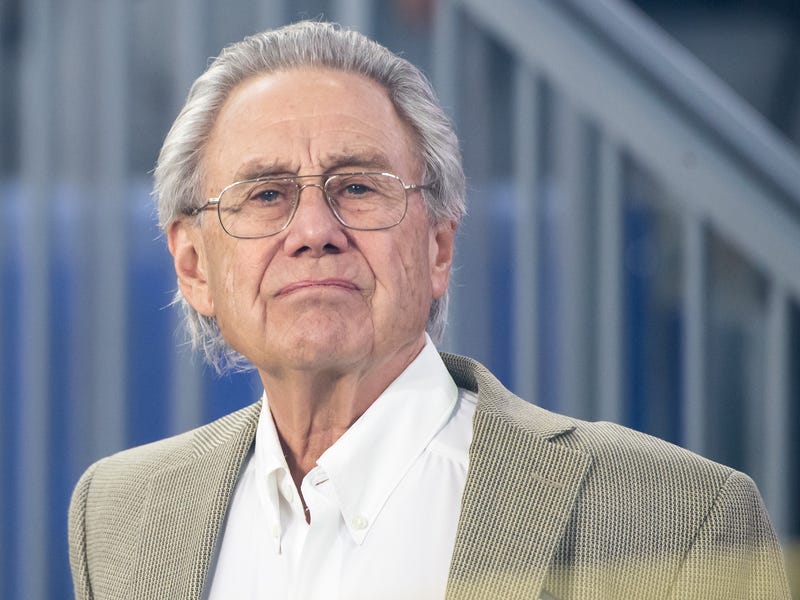 Through his Anschutz Corporation, and its subsidiaries, including Anschutz Entertainment Group (AEG), he owns several athletic teams, operates more than 90 clubs and theaters around the world, and produces or supports more than 25 music festivals.

Anschutz has been a billionaire for a long time. He’s one of only two people who’ve made the Forbes 400 list of the richest Americans every year since the first version was published in 1982. 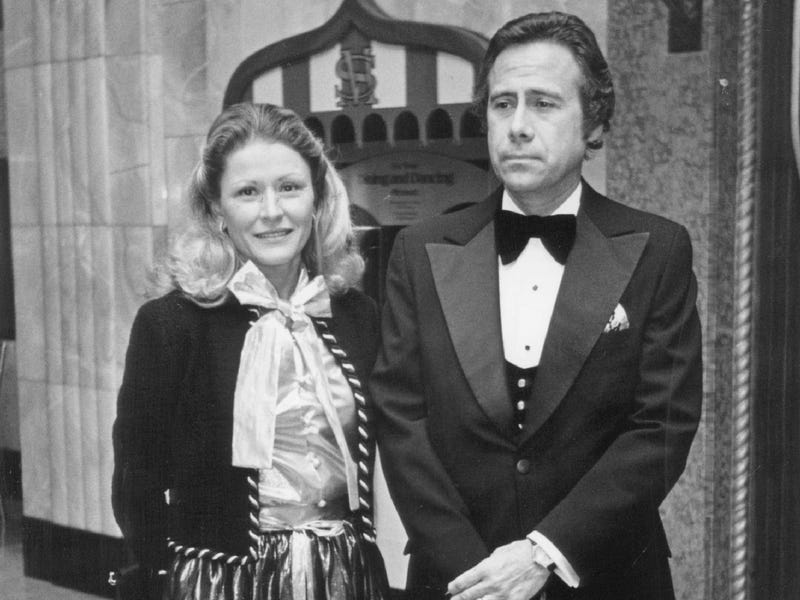 Philip Anschutz and his wife in the 19 80s. Duane Howell/The Denver Post via Getty Images

On the first Forbes 400 list in 1982, Anschutz, then 42 years old, was ranked the seventh-richest person in the US with an estimated net worth of “over $1 billion.” Today, he’s the 40th-richest American.

He started Anschutz Corporation in 1965 and got into the family business of exploratory oil drilling, according to Bloomberg. In 1979, he discovered a massive oilfield outside of Evanston, Wyoming. A few years later, he made $500 million selling half of the field to Mobil.

Anschutz went on to make investments in the railroad industry in the 1980s and ’90s. 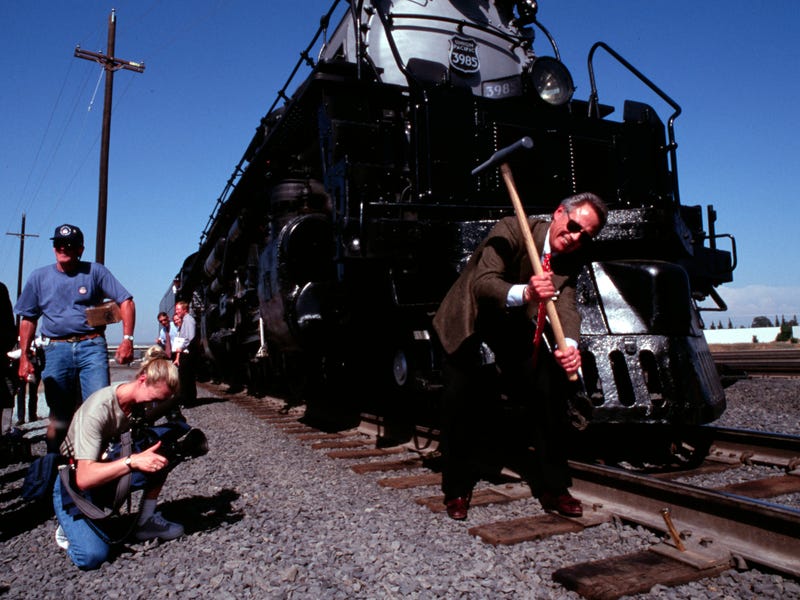 Anschutz at the dedication of the Roseville Station in 1999. Axel Koester/Sygma via Getty Images

He paid $90 million for the Rio Grande Railroad in 1984 and, four years later, bought the Southern Pacific Railroad for $1.8 billion. In 1995, he sold both railroads to Union Pacific in a deal that gave him $1.4 billion and let him keep the right-of-way to lay fiber optic cable.

His fiber optic cable lines ended up being central to Qwest Communications by the end of the 1990s, and Anschutz added $4 billion to his fortune when Qwest was bought by CenturyLink in 2010.

Anschutz then started investing in the entertainment business. 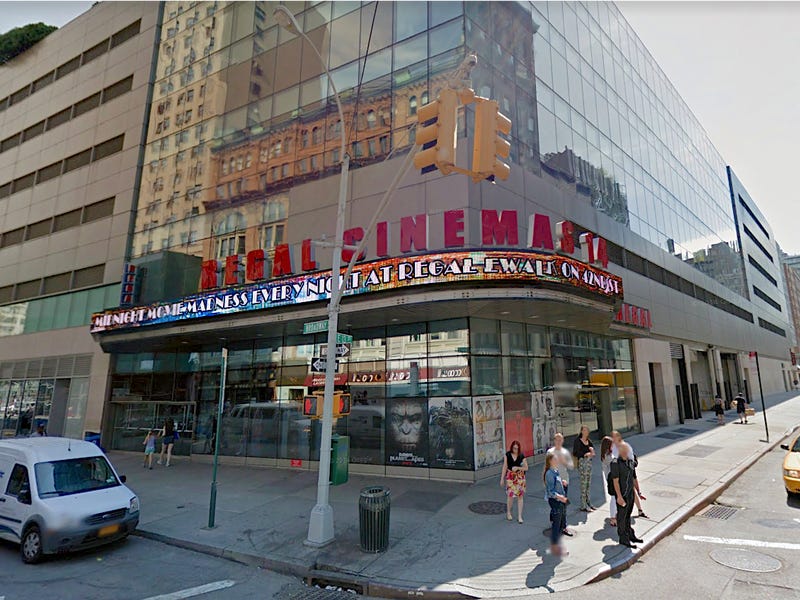 Although Anschutz sold some of his Regal shares in a 2002 public offering, he remained the majority shareholder. In 2018, Cineworld made a $3.6 billion deal to buy Regal Cinemas.

In 1994, Anschutz founded Anschutz Entertainment Group, which today claims to own more teams and manage more sporting events than any other company in the world. 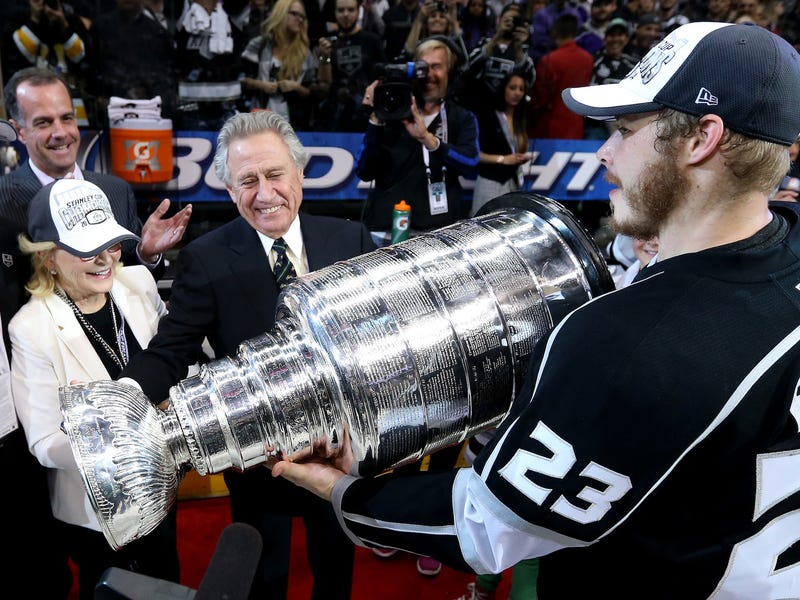 Anschutz is handed the Stanley Cup after the Kings won Game Five in 2014. Getty Images

One of those teams is the Los Angeles Kings.

He also owns one-third of the Los Angeles Lakers. Los Angeles Lakers’ LeBron James in action during a match against Brooklyn Nets at the NBA China Games 2019. Associated Press

Other sports teams owned by AEG include the Los Angeles Galaxy soccer franchise, the Cincinnati Cyclones, the Ontario Reign, as well as German and Swedish hockey teams. 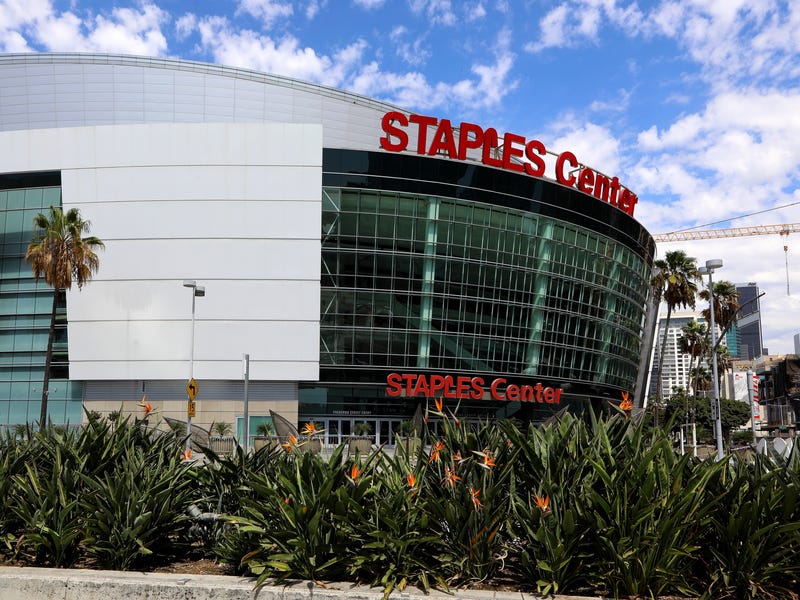 Staples Center, which has a capacity of 19,000, hosts more than 250 events each year, including NBA All-Star Games, NHL All-Star Games, and the Grammys, as well as concerts by the likes of Bruce Springsteen, U2, Prince, Beyoncé, Paul McCartney, Jay-Z, Kanye West, Adele, Taylor Swift, and Britney Spears.

Other venues under AEG ownership include the Mercedes-Benz Arena in Berlin, the O2 in London, and the T-Mobile Arena in Las Vegas.

The company’s live entertainment division, AEG Presents, is one of the world’s largest presenters of live music and entertainment events.

Beyond sports, Anschutz’s company owns the wildly popular Coachella Valley Music and Arts Festival, which has been postponed this year to October over concerns about the coronavirus outbreak. 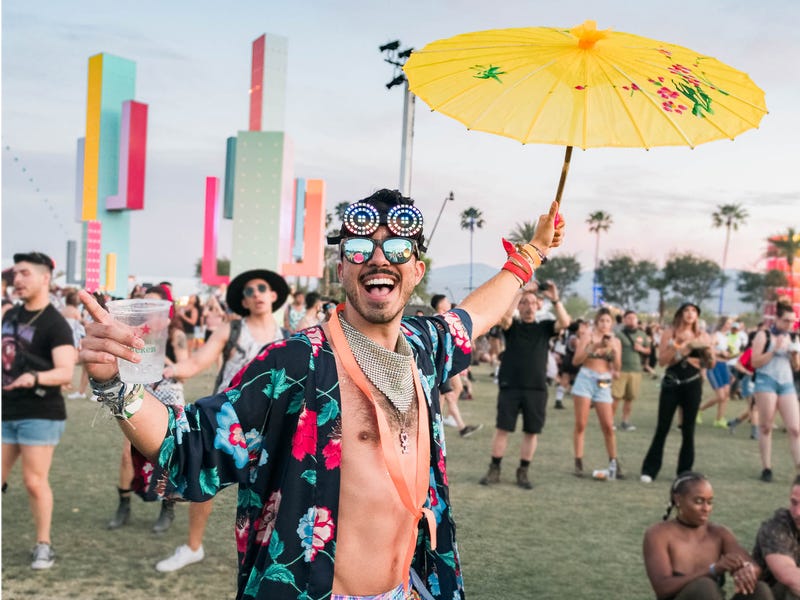 The popular two-weekend April music festival in Indio, California, is organized by Goldenvoice, which AEG bought in 2001.

Coachella is famous for its flashy outfits and Instagram-worthy attractions in addition to its musical performances, which in recent years have featured artists including Beyoncé, Ariana Grande, Childish Gambino, Eminem, Cardi B, Kendrick Lamar, and Radiohead.

Those who bought tickets will be sent information by March 13 on how to get a refund if they’re unable to attend in October, according to a statement emailed to Business Insider. Goldenvoice, the festival’s promoter, did not immediately respond to Business Insider’s question of whether there would be changes to the lineup. 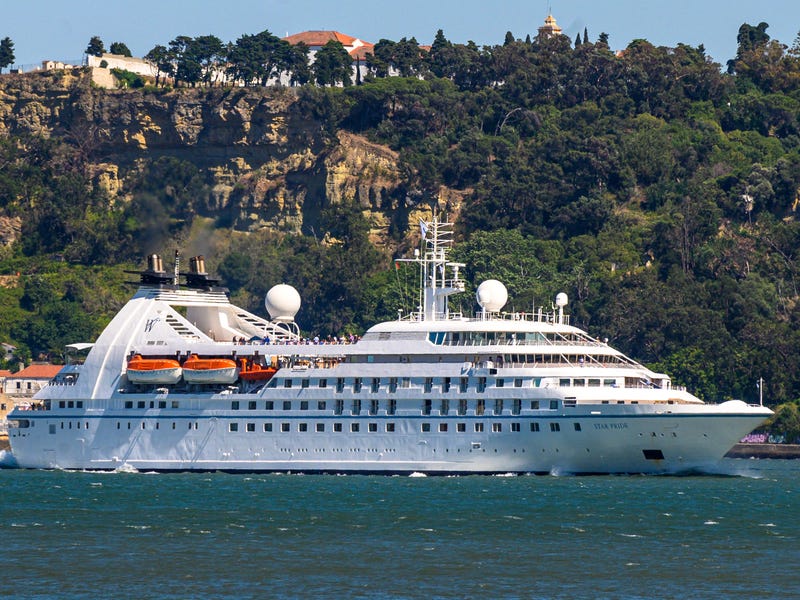 His assets also include at least two five-star resorts. 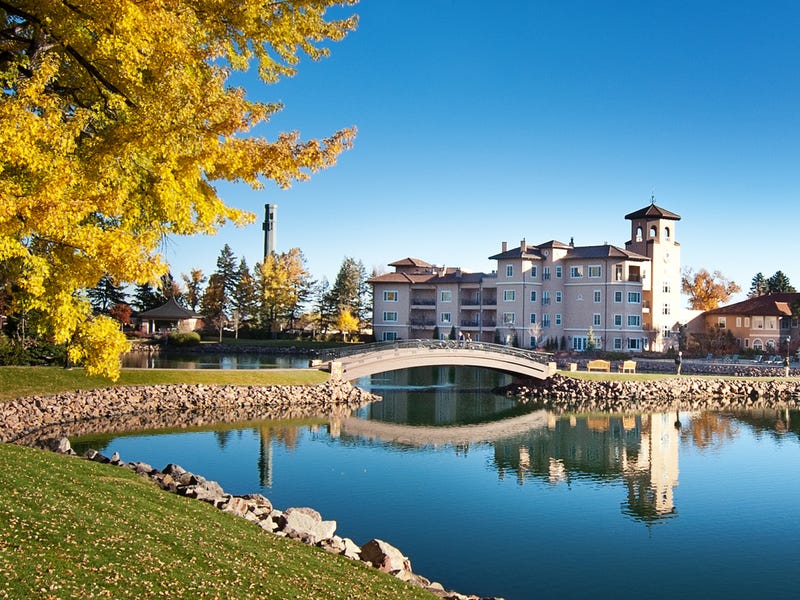 According to Forbes, Anschutz owns the Broadmoor, a luxury mountain resort in Colorado Springs.

“I started coming here when I was 5,” Anschutz told the publication in 2016. “And when I was 10, I was sitting in the corner of the bar when I told my mother and father I was going to buy the Broadmoor.”

Anschutz also owns the Sea Island resort in Georgia, which he bought in 2016.

According to The Land Report magazine, Anschutz is the 27th-largest landowner in the US. 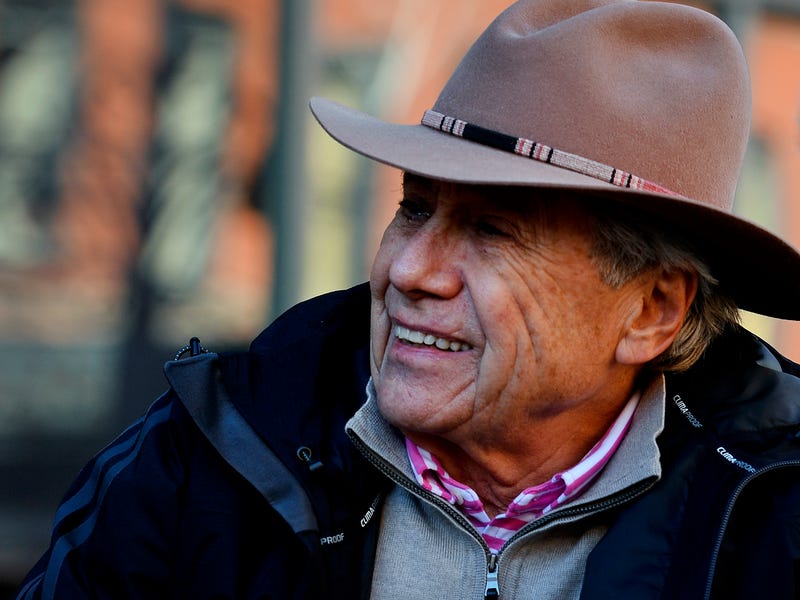 He owns more land than Amazon CEO Jeff Bezos, the 28th-largest landowner in the US.

While the details of Anschutz’s real-estate holdings are unknown, he reportedly owns a 500-square-mile cattle ranch in Wyoming that he plans on turning into the world’s largest wind farm.

Anschutz’s company did not respond to Business Insider’s request for comment on his behalf regarding his real-estate and property ownership.

Anschutz keeps out of the public eye. In 2012, George Parker for Quartz wrote that Anschutz is “America’s most reclusive billionaire.” 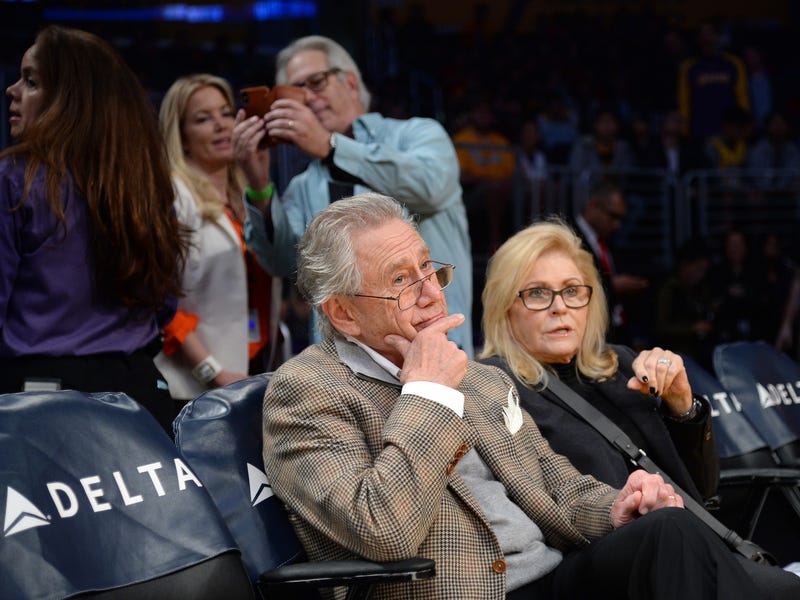 Anschutz and his wife, Nancy Anschutz, at a Lakers game at Staples Center in January 2018. Kevork S. Djansezian/Getty Images

“When [Anschutz] visits Los Angeles, he is accompanied by no chauffeur, personal assistant, or bodyguard,” Connie Bruck wrote for The New Yorker in 2012. “… He often goes to see the Lakers or the Kings play at Staples, where he may go unrecognized.”

“Philip Anschutz is sort of like the Wizard of Oz,” Los Angeles economist Jack Kyser told the Times in 2006. “He is the man behind the curtain pulling the levers. Nobody sees him, yet he has a huge impact on Los Angeles.”

Anschutz has only given two press conferences ever, according to Bloomberg.

Anschutz and his wife, Nancy, are longtime residents of Denver, Colorado. 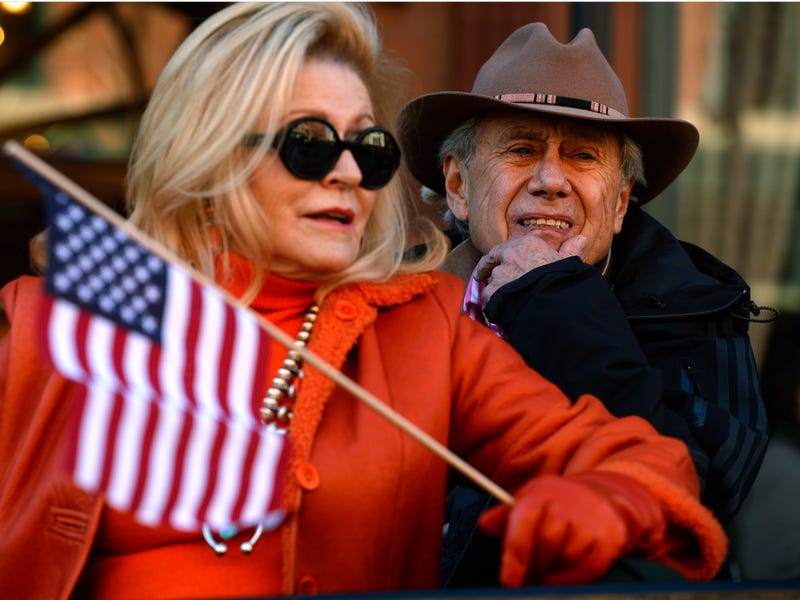 Anschutz, Denver’s 2015 Citizen of the West, rides at the front of the stock show parade with his wife, Nancy, in Denver, January 2015. Helen H. Richardson/The Denver Post via Getty Images

Little is known about his life there, but his hobbies reportedly include hunting, tennis, squash, and jogging.

Anschutz and his wife have three children: two daughters and a son.

One of their daughters, Libby Anschutz, is a musician in a Denver-based band called Tracksuit Wedding.

Their other daughter, Sarah Anschutz Hunt, sits on the board of trustees of the Anschutz Family Foundation, which was founded by Anschutz’s parents and is now run by his sister, Sue Anschutz-Rodgers.

Anschutz has donated millions of dollars to charity, including to Republican political candidates and conservative causes.

Anschutz founded his own philanthropic foundation, the Anschutz Foundation, in 1984, which donates primarily to nonprofit organizations in Colorado.

The University of Colorado’s medical school, to which Anschutz donated $120 million in 2018, bears his name. He pledged $5 million to build a new facility for the Denver Boys and Girls club in 2012. He’s also donated to the American Red Cross, the Children’s Hospital Denver, and Denver Public Schools.

Anschutz is also known for supporting Republican political causes. In 2018, he gave $33,900 to the National Republican Senatorial Committee, as well as to several Republican state committees, according to Open Secrets. The year before that, he donated $104,600 to the national committee.

In 2017, Anschutz faced criticism over his reported donations to anti-LGBTQ organizations, including the Alliance Defending Freedom, the National Christian Foundation, and the Family Research Council. Tax filings show his foundation donated to the Alliance Defending Freedom and the National Christian Foundation as recently as 2015.

In a rare public statement on the matter in 2017, Anschutz said: “Recent claims published in the media that I am anti-LGBTQ are nothing more than fake news — it is all garbage. I unequivocally support the rights of all people without regard to sexual orientation.”

AEG did not respond to Business Insider’s request for comment on Anschutz’s behalf regarding his reported support of anti-LGBTQ causes.

The entertainment mogul has also invested in the publishing business. 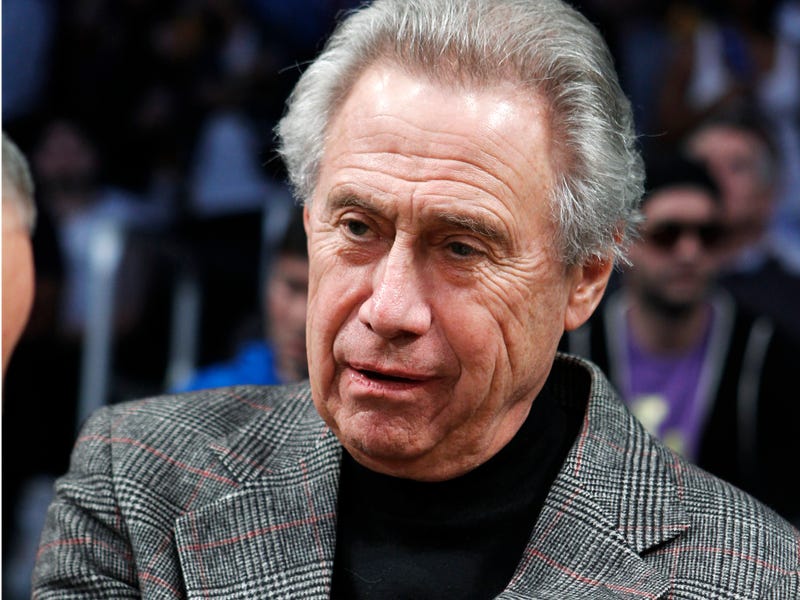 The billionaire started conservative magazine The Washington Examiner in 2005 and later bought another conservative publication, The Weekly Standard, which shut down at the end of 2018.